Earlier this year two interpretive signs were erected on the Conservancy Crossing Trail by DWV Parks and the Old Growth Conservancy Society. A week later they were gone, taken by some misanthrope.

The area was searched by dedicated OGCS Directors, primarily Alexandra Mancini and Marshall Bauman. Their efforts were rewarded when Marshall found one sign in the brush near Parking Lot #5, however the whereabouts of the second sign remained a mystery.

Thinking that as the leaves fell the reduced coverage would improve visibility, 7 directors gathered for another try. Katharine, Alexandra, Karen, Hugh, Marshall, Herb and Alan lined up and searched the area in a grid pattern. As we got into thicker brush the grid pattern turned into a paisley! While the bushwhacking was difficult, it was also rewarding. After nearly 2 hours of searching we heard a cheerful call from Herb. “I found it!” 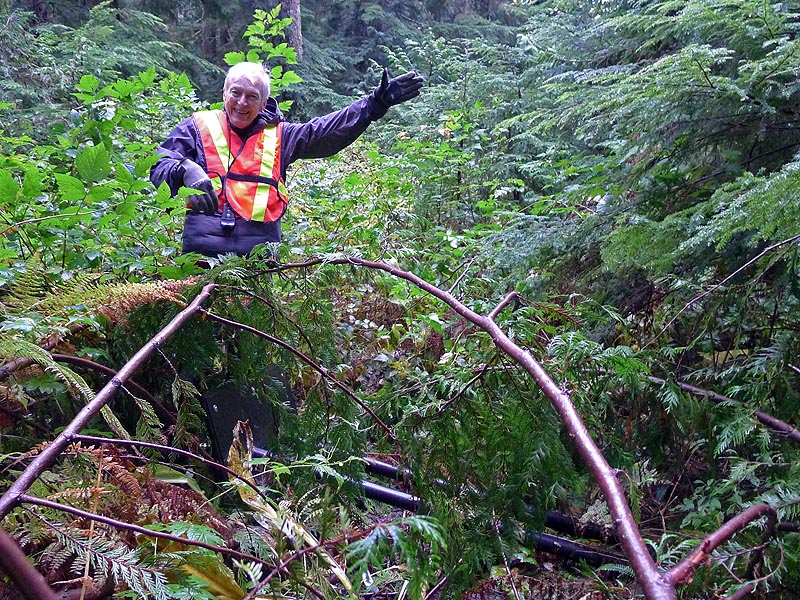 If you look carefully you’ll see the 2 black posts of the sign shining beneath the brush.

The sign was carried back to the Conservancy Crossing Trail and out to the parking lot where celebratory snacks and spiced apple juice were enjoyed. The sign is now safely in storage, waiting for re-installation, hopefully this year and definitely with more secure footings. Stay tuned.

Many thanks go out to Alexandra who organized the search and to Marshall and Herb for their sharp eyes. 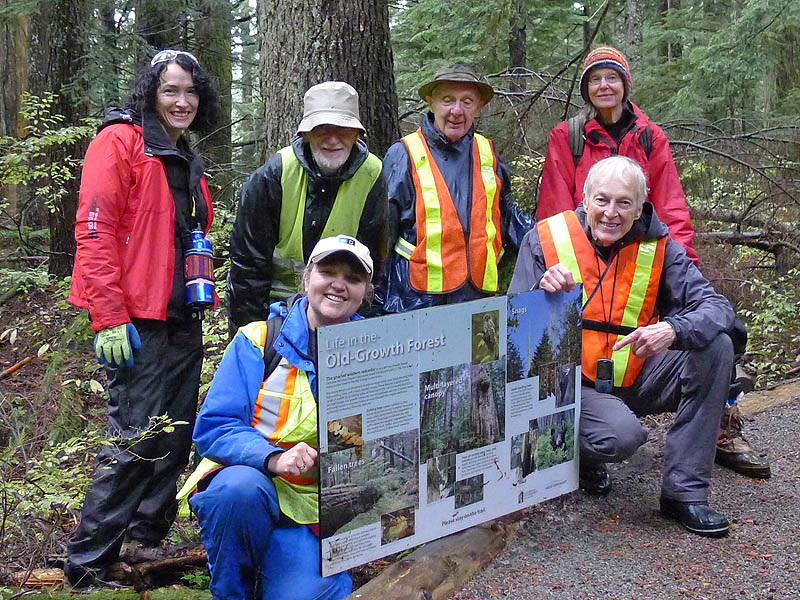 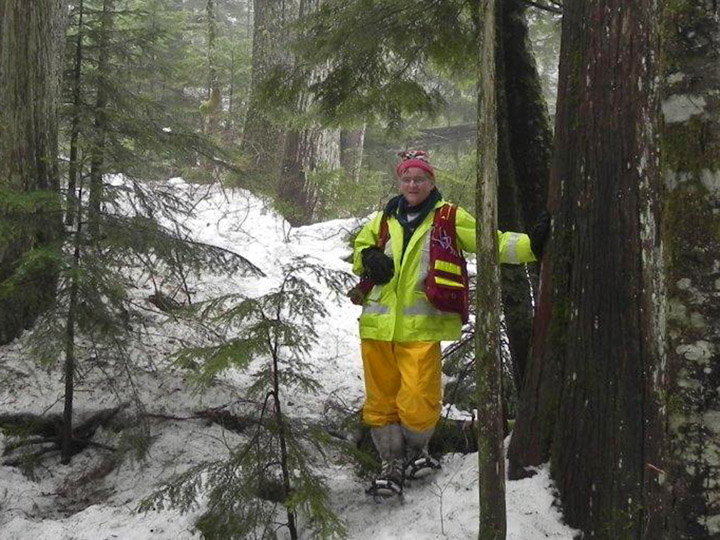 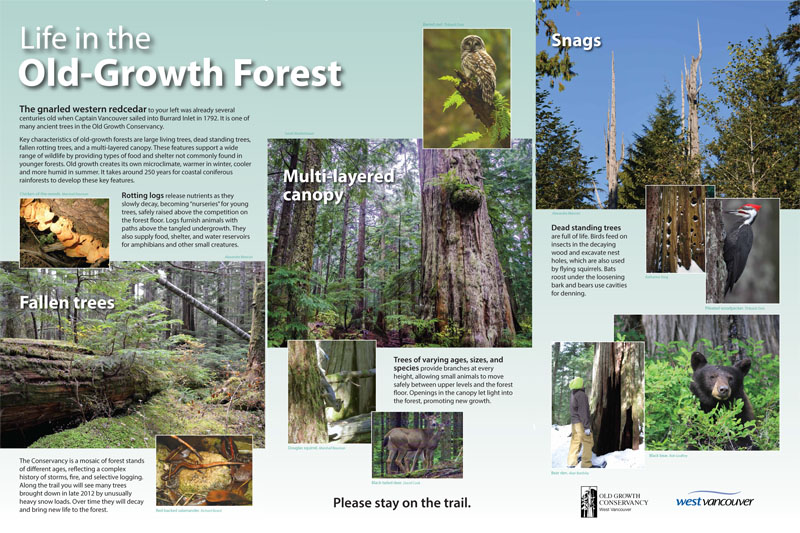 The two interpretive signs erected on the Conservancy Crossing Trail by DWV Parks and the Old Growth Conservancy Society went missing earlier this year. One sign was found thanks to the dedicated OGCS Directors that searched the area near the trail. It’s time to look for the second sign.We’re organizing a search party on Saturday, Oct 25th. Let us know if you can join the search. We’ll meet at Parking Lot #5 at 10 AM and be in the woods for a few hours.
As always, dress appropriately for the weather. Sturdy footwear is required. Bring water and possibly a snack. Hike at your own risk.